Road-movie through the wastelands of the primordial world – review of the film Alpha. 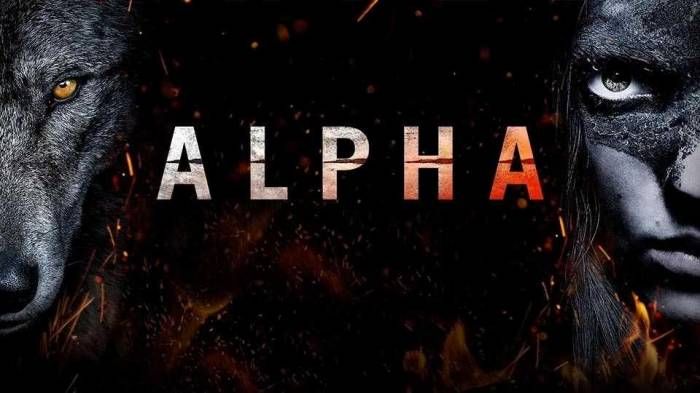 Road-movie through the wastelands of the primitive world

The least attended IMAX premiere in a long time, with a sparse trickle of people in the center seats of each row. To be fair, if the trailer takes you to the movie, it showed almost all the action scenes of the movie, or rather their excerpts. It’s not an easy task to tell a story about 20,000 years ago without making it absurd and at the same time keeping the pace of the story fast. In that sense, that very scene with the bison will be the most spectacular in a movie that is a road-movie and the becoming of the characters in one story bottle.

Despite the rather abundant use of computer graphics, the local wildlife scenery is quite convincing as to what period of human history is in question. Mountains, meadows, glaciers, rock cliffs, caves, sands. As you can easily guess, the world outside the tribe and the pair of protagonists, with six limbs for two, is pretty desolate and uninteresting here. As for our ancestors of those long ago times, the locals are too keen on philosophy and facial expressions. But what we have before us is first and foremost an entertaining movie, and by no means a history textbook for elementary school. By the way, the children’s PG-13 rating does not allow for any blatant violence in the frame, and the computer animals were definitely not harmed.

The Czechoslovakian wolf dog very confidently portrayed for us on the screen the progenitor of modern man’s best friends. The couple’s journey cannot be called gripping, due to the abundance of clichés. First conflict, then sympathy, first trust, help, friendship, loyalty. This chain was already evident in the trailer, but still it is quite interesting to watch the adventures in places. This is exactly adventure cinema in its unpretentious form. The story will hardly be remembered for long, but to go to the movies and spare the emotion “Cute” about the wolf stands.