Between Bianca and Wagner – Three Meters Above Heaven 2 movie review. 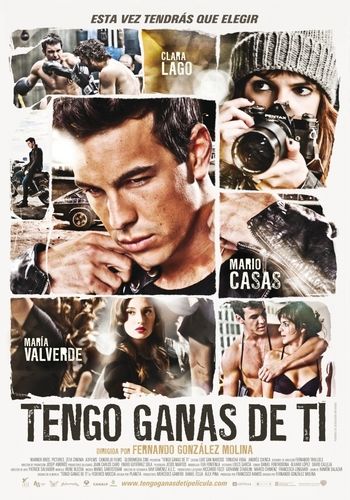 Between Bianca and Wagner

When watching this film, for some reason two popular songs with a Latin American bent come to mind: the favorite song of Cyrano de Bergerac "Nosa Nosa" by Michel Telo (a.k.a "Ooh, sanchepega!") и "What’s up?" Performed by a favorite "Naked R'N'B" Bianchi.

The latter rhymes well with the name of the main character, whose name is Hache ("♪ the new Javier Bardem ♪" (c), Super Mario Casas). It’s a good name. Let’s say the hooligans in the neighborhood ask you: "♪ And what’s your name, young one ♪?" And you’re so chipper to them: "Hache!" ♪ and my chest is in a tailspin ♪. Them: "That’s all right, kid, come on in, you’ll be one of us". There we go. Glorious, glorious.

A phrase like this involving the protagonist’s name would have sounded especially strong, for example: "Hey, H, macho, take some lecho and come with me to Machu Picchu!". You have to admit, it’s the kind of ordination Pushkin would have envied. The picture, however, is about the prose of life.

Since this film is a sequel from Spanish "Muchachos" Fernando Molina, then it’s probably worth mentioning that in the first part, Hache has already had a love affair with a girl with the wondrous female name of Babi. They meet, and he to her: "Come on Babie, let's go party!". And somehow it’s all turned around…

But things didn’t work out so well with love, as the girl (Maria Valverde) turned out to be gravely ill. A rather common female ailment called.. "stervozo vaginalis". And no matter how hard Asche tried, he could not cure the lady. She wooed him, wooed him, and sent him away for a sin. This, in fact, is told in a very romantic and intriguing way in the first part of the. In addition to his unlucky love, the hero also has a brother who dies. All in all, the unhappy and tense life of a simple Spanish guy with the face of a slightly more compacted Channing Tatum.

It would seem that the second part is for the main characters to be all right and dandy (I can hardly imagine this one) "construction", but why not). The more so, H (no bazaar) himself meets an interesting new black-haired girl, Jean (Clara Lago), with criminal tendencies: they met when she was pouring gasoline from him. In life, similar "gizmos" have a tendency to end at best with a peaceful wish of sorts: "So I can see you on one foot and you can see me with one eye!". In the film, of course, a direct reference to the future hot and temperamental passion of two Spanish hearts.

Although the first fifteen minutes, especially when Ache introduces his new girlfriend to his friends, generously gives you the feeling that you’ve entered a "the world of idiots": everybody, including the girl, sits and laughs, like those bursting bags from the commercials "McDonald’s". Or similar freaks with "Nikilodeon", cheerfully licking the goat. Sorry, you also enjoy your appetite! And a moment later, the girl (who managed to be amicably named "whore") dancing half-naked on the table in the company of some men, whom she sees for the first time in her life. All in all, "¶ give the youth ¶!". “I can’t wait to get married, but you can’t take ours, you can’t take ours! – in the language of grammar, which we were so long and painfully taught at school.

Later on, however, the action settles down somewhat and begins to enthrall. Hache successfully develops his relationship with Jean (especially on the roof and in the men’s room; it must be said that strong erotic scenes are one of the inherent virtues of this film), with whom he also happens to be connected through work. And the girl herself, for all her exuberant nature, is in fact kind and gentle, still dances, sings, and helps to draw pictures to her brother. She’s a hidden treasure trove of virtues, and when she puts on a red dress and undresses you, the male spectator’s chest heaves a tingle all over. By the way, in real life Clara Lago is even prettier, here she appears in a non-ideal for her "outfit" and a hairstyle that doesn’t suit her at all.

But old love, too "doesn’t wilt", like those tomatoes thrown on the front porch by his neighbor, makes itself known: Hache stays stagnant for long periods of time under the windows of his "ex", Babi, who in the evenings mourns for him with the sensitivity of a drunken courtesan. As a result, the melodrama turns to suspense, the panoramic shots of the characters quickly replace each other, as do the events, the emotions build up, the apotheosis draws nearer. At the end, though, the epiphanic viewer is only once again entitled to say the same thing about Babi: "What with. was and still is". ¶¶ A man’s hump can be made right, but not for the better ¶¶.

Closer to the finale, Molina throws it all at the viewer "heavy artillery": the hero’s mother dies in front of his eyes. And the degree of events is already off the charts, Jean tries to get raped, Hache’s motorcycle flies into the river, and it’s almost Leta. But in the end the director gives the main thing: hope – to the characters and to all of us who sympathize and empathize willy-nilly. May it all be complete "sanchepega!". Why? It’s just the way I want it. At this point one could weep.

With all the lack of plot depth and any particular intellectual overlay, it’s a rather entertaining story which strikes at the emotional side of each of us. ♪ Who hasn’t loved and lost at least once ♪? Did not fall into the abyss of pleasure, and then into the abyss of pain. Did not seek, and only occasionally found? # Haven’t faced deceit, lies, and, suddenly, trust and warmth #? In general, for all the superficiality of the script and the characters played (by the way, not badly by Spanish actors) – vitally.

The longevity of Hache and Jean’s future relationship no doubt depends on whether Babi calls him out again, whether she thinks of him again when something in her next relationship doesn’t work out. Will Hache not become, once again "A puppet between the" also depends on how firmly he has learned his life lessons. Which, of course, we can’t get from any school – you can only live and feel it. "Babi" – a lot, and you have to live somehow. And love, too.

Maybe a little weaker than the first part, but it complements it quite nicely. Spanish obscure movie – and yet, still not so bad that you can spit from it. Interesting, though certainly and "soapy-popcorn" product, but not devoid of lively, sad, and sometimes funny notes.

And the? Che, not bad. And to everyone "sanchepega", brothers and sisters! The mosquito never hurts the nose, and the goose is not a companion to the pig, but a friend and father-in-law! Youth cinema is like that in Spain, too, youth cinema. "Three Meters Above Heaven" – It certainly isn’t "Half a Century Underground" Norbert Custer, but it’s also interesting. On that profoundly thoughtful note, illuminated by Wagner’s melodies, let me tell everyone "LEAVE, LEAVE. "